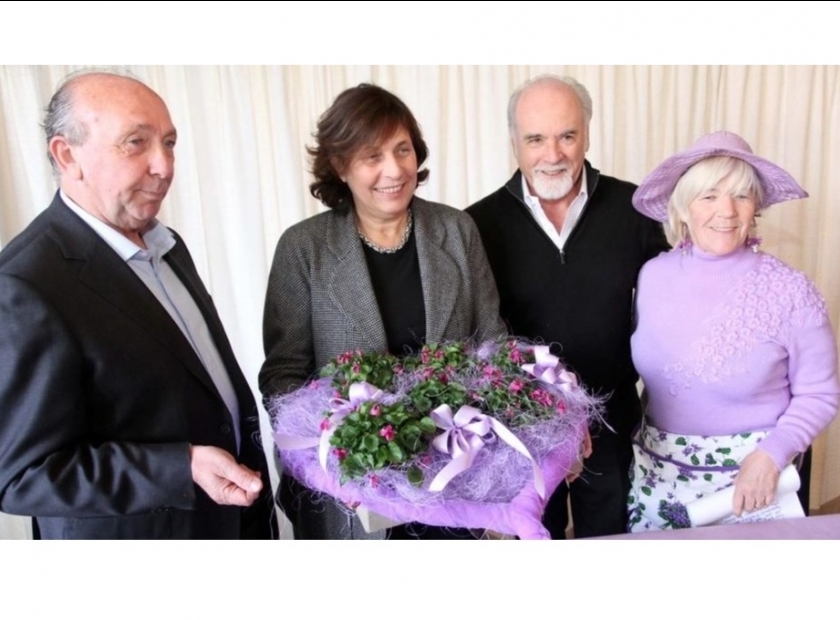 A Violet for Silvia Arnaud Ricci, godmother of "I Giorni delle Viole".

On the occasion of the event "The days of violets", an event entirely dedicated to violets (14/15 March 2015) which was held at the Azienda Agricola di Pierluigi Priola in Treviso, Silvia Arnaud Ricci was dedicated a viola to which was given his name.

For a long time engaged in the care and protection of the territory of Alassio, Silvia Arnaud Ricci, always attentive to the events of the territory, was the architect of the rebirth of Villa della Pergola in Alassio and its Historical Gardens: in 2006 the property was put to the auction and a consortium of friends led by Silvia and her husband Antonio Ricci bought it, thwarting any project of speculation, then starting a careful path of recovery and restoration of both the Villa and the precious Botanical Garden that surrounds it.

The violet, which has been given the name Viola Odorata "Silvia Arnaud Ricci", is a violet with a very short stem, dark pink in color, with the flower protected by leaves.

And if you want to know more about Viola Odorata Silvia Arnaud Ricci click HERE.