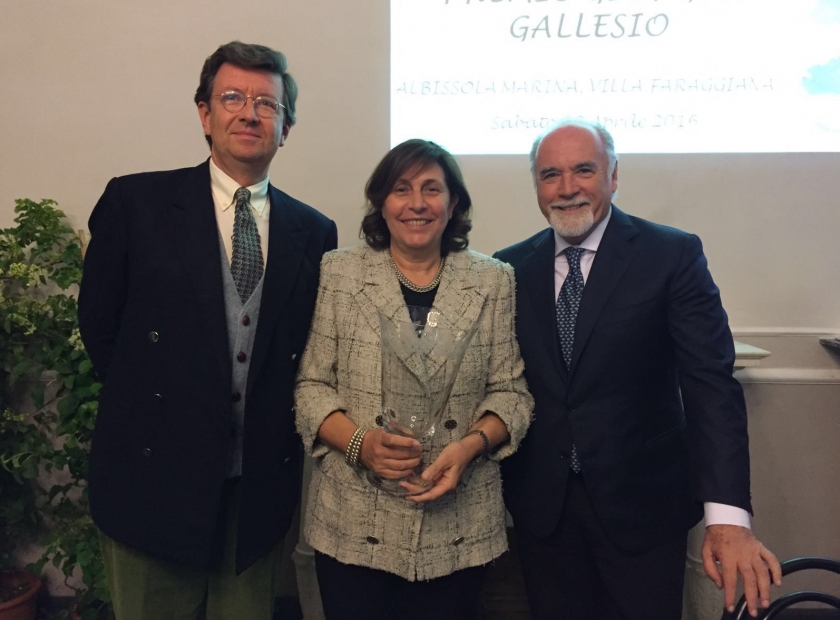 The Circolo degli Inquieti rewards, in the wonderful setting of Villa Faraggiana in Albissola, Antonio Ricci, Silvia Arnaud Ricci and Marco Magnifico with the 'Giorgio Gallesio' award with the following motivation:

"Antonio and Silvia Ricci in recent years have conducted a tenacious awareness campaign for the protection of the artistic and landscape heritage of Liguria and beyond. With the purchase of the historic Villa della Pergola in Alassio and its large garden, they have saved the last great historic English residence in western Liguria from the risk of serious building speculation, then starting with patience, perseverance and generosity of means, the restoration of the buildings and the surrounding garden, preserving the few surviving botanical species and enriching it with new ones, and then sharing it with the public opening it to guided tours.

Marco Magnifico, during his long years of civil commitment for the protection of the Italian landscape and cultural heritage, has held more important roles up to that of National Vice President of the FAI. Together with Antonio Ricci he was a pioneer in the use of the media, placing the role of an expert in the conservation of cultural heritage in that of an attentive disseminator but also joyfully willing to free himself from academic and institutional trappings to better convey and make people understand the importance the protection of the national artistic and landscape heritage.

For these and many other reasons, the Circolo degli Inquieti today intends to reward Antonio Ricci, Silvia Arnaud Ricci and Marco Magnifico in the wake of the work and august memory of the great naturalist and botanist originally from Finalborgo, Giorgio Gallesio, author of the Italian Pomona.