Imperial Dahlia: The Dahlia with a proud name 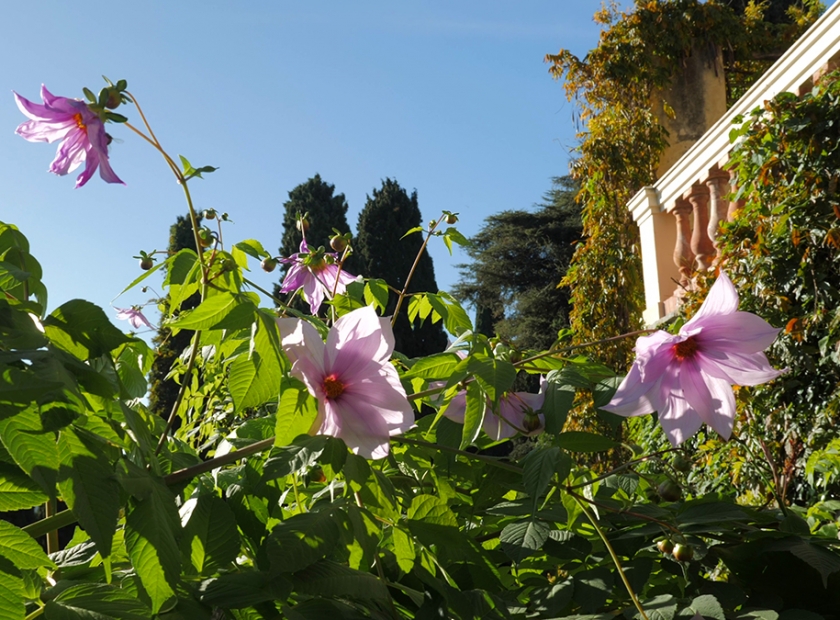 "We read in disbelief the first description of our friend of a Dahlia with an unexpected and surprising appearance. A Dahlia with large bell-shaped white flowers, Lilium type and a pyramidal inflorescence, branched like a candlestick and with more than 100 flowers, would seem to belong to the world of fairy tales… This new Dahlia, already impressive as a green plant, will make a great sensation.

So said the accompanying letter written by the botanist Roezl to the Botanical Garden of Zurich at the end of May 1862, the garden that was the first to host it in Europe.

To be admired from the bottom up, and also called arboreal dahlia for its size, the imperial dahlia reaches an average of two and a half meters in height, easily reaching four and in some cases even ten, and has some pink, lilac or white flowers with a yellow center that measure over 20 centimeters in diameter.

The dahlia owes its name to a Swedish botanist, Anders Dahl, a pupil of Linnaeus, who managed to reproduce these plants through sowing, thus managing to import it to Europe.

But this scenographic plant has an older origin: originally from South America, precisely from Mexico, it was already known by the Aztecs, who knew it very well and used its stems to create small water pipes, and ate its tuber.

The flowers of the dahlia offer, depending on the species and the cultivar, a varied amount of colors, sometimes even blended with each other, which make this plant one of the most fascinating existing in nature.

The imperial variety was introduced in Italy by Berger in 1867 and then reintroduced from Guatemala in 1926 by Mario Calvino, father of Italo Calvino and director of the "Orazio Raimondo" Experimental Floriculture Station of Sanremo and who, together with his wife, followed the Hanbury Gardens of Mortola. and most likely it also passed through our gardens, leaving traces that are still visible today.

The flowering period is from September to November.