The Gardens of Villa della Pergola reopen to the public 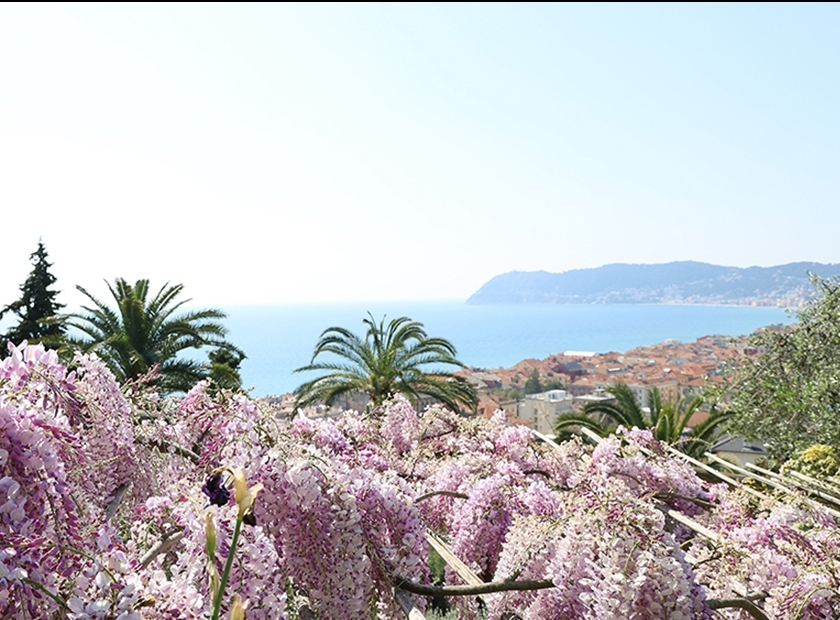 From Saturday 15 May, after the winter break, extended by Covid provisions, the Gardens of Villa della Pergola will finally reopen to the public.

With their incomparable view over the entire Gulf of Alassio and the Gallinara island, the Gardens have their roots in the late nineteenth century, closely linked to the history of the English community in Alassio and Liguria, since then a destination for visitors from all over the world. : William Scott as early as 1906 called them "one of the wonders of the Riviera, a worthy rival to the gardens of Sir Thomas Hanbury in La Mortola".

During the visits, accompanied by specialized guides, Visitors will be able to admire the thousands of different species of plants and flowers that the Gardens preserve, including rarities and unique specimens such as the Wollemia Nobilis, a prehistoric plant present in less than a hundred specimens in the world, the extraordinary collection of Opuntiae and Cactaceae including some rare and fascinating ones such as the Myrtillocactus geometrizans crestatus, which owes its spectacular shape to a genetic mutation, or the Citrus fruits, present in a collection of more than 30 varieties among local species, such as the famous Chinotto di Savona (Slow Food presidium) and others such as Pomelo, Citrus gigantis, Buddha's Hand Cedar, Trifoliato Orange, the only deciduous citrus in nature, or Murraya Paniculata, the smallest citrus fruit in the world from which leaves are make the curry.

Walking through the Gardens, during this period you will also admire the blooms of Lavender, Iris, Geraniums and Roses, which illuminate the Park with a spectacle of colors, such as the Caesalpinia (Poinciana) Japonica with its bright yellow and the Eritrina Cristagalli, called also “coral tree” for the dazzling red color of its flowers which resemble a rooster's comb in shape and color.

This year our Wisteria collection, the most important in Italy with 34 different varieties, was not open due to the forced closure, but the Instagram channel of the Giardini, increasingly active and followed, allowed users to experience the flowering with a virtual visit, usable in the featured stories.

During the guided tours, however, it will still be possible to admire some late specimens that have awaited the opening, such as Amethyst Falls, Clara Mack and the spectacular Longissima Alba.

In addition to the collections, the Gardens, which are now part of "Grandi Giardini Italiani" and "Garden Route Italia", host the evergreen Mediterranean and exotic flora from every corner of the world: Maritime Pines, Carob trees, Olive trees, Almond trees, Cypresses, Cedars of Lebanon, Holm oaks, Jacarande, Araucarie, Strelizie Nicolai, unique examples of Palme Canariensis saved by the red weevil, a pest that has scourged palms throughout Italy: here at Villa della Pergola, thanks to prevention and controls, it has not been not even one shot down, an almost unique case in our country.

It is also possible to come across the small inhabitants of the Gardens: squirrels, hedgehogs, frogs and many species of birds, including a pair of falcons, who have chosen the Park as their home.

The new acquisitions are also present, such as the secular myrtles grove: coming from Sicily, the majestic plants, planted together with common myrtles, produce white, a rarity, and black fruits. Myrtle is linked to mythology and is a highly symbolic plant: it represents positivity, life and fecundity. A wish for the period we are experiencing.