Alassio is the European Capital of Agapanthus 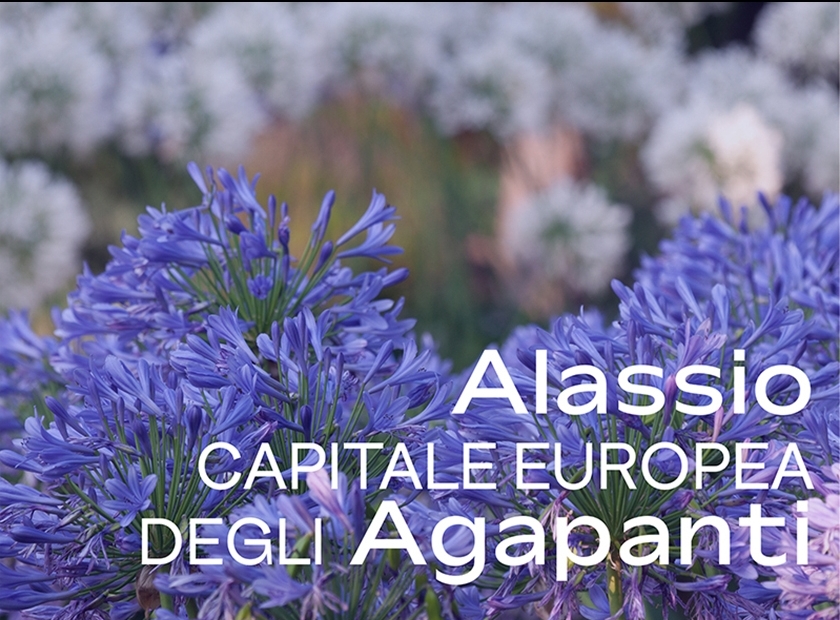 Alassio turns into the European Capital of the Agapanthus, thanks to the collection of the Villa della Pergola Gardens: thousands of specimens form the largest collection in Europe in terms of vastness and different varieties, about 500, all certified by SOI, the Italian Horticultural Society.

Native to southern Africa, the Agapants derive their name from ancient Greek: Agape means love and Anthos flower: the "flower of love".

And it can only be Alassio, the city of lovers, to host the largest collection of this flower in Europe.

Loved by artists and painters, including Claude Monet, who planted it along the shores of the lake in his famous garden of Giverny in France, but above all by Marc Chagall, who wanted it as the absolute protagonist of his garden in Provence: it even seems that the his "blue period" was due to the love that blossomed for this flower.

Agapanthus is in fact the king of blue flowers, a color in which it dresses all shades, from light blue to blue, up to trespassing into white and lilac, with brushstrokes of purple.

The flower, which most of all represents summer and its loves, accompanies the summer months, with its tall stems (from 30 to 150 cm) from which the large spherical inflorescences (from 10 to 30 cm in diameter) with leaves blossom. long and fleshy.

The agapants, also called "Lily of the Nile", with clear reference to their African origins, appeared for the first time in Europe around the fifteenth century.

They were introduced to Villa della Pergola as early as the late nineteenth century by the first English owners, even before their official name was given to them in 1905 by the Botanical Congress of the Nomenclature of Vienna.

The collection, created during the restoration phase of the Gardens by the landscape architect Paolo Pejrone with Silvia Arnaud Ricci, can be admired in several points of the park, in the terraces and along the internal connecting streets.

During the flowering of this collection, thousands of single specimens paint the Gardens with scenographic brushstrokes rich in color, reminiscent of the waves of the Ligurian Riviera sea, which the Park overlooks, and surround visitors in an evocative spectacle for the senses.