Villa della Pergola. A Relais & Châteaux immersed in a botanical garden and in history. 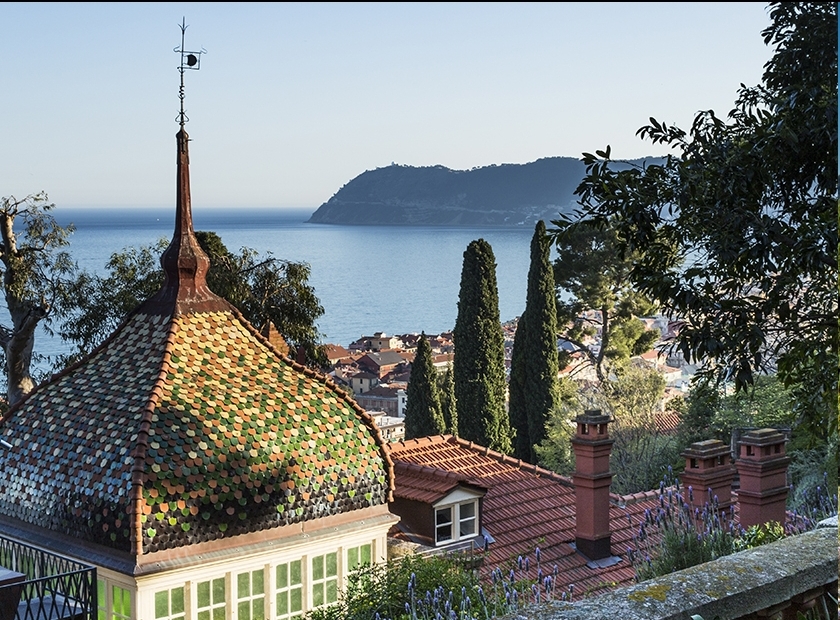 Immersed in the Gardens, Villa della Pergola, part of the Relais et Châteaux family, is a historic residence born in the late nineteenth century as an English holiday residence, today one of the rare historic houses perfectly preserved in their original structure that offers its guests suites divided between the Villa, the Villino, Casa del Sole and Casa Wisteria.

After the rescue in 2006 from a building speculation operation, thanks to the intervention of a consortium of friends led by Silvia and Antonio Ricci, the Gardens and the Villas have been restored paying the utmost attention to the conservation of their original structure and efficiency. energy, with the aim of safeguarding and restoring this immense historical and cultural heritage to the community.

Surrounded by over 22 thousand square meters of the Gardens overlooking the sea of Alassio, the four villas that are located within the property, renovated by the architect Ettore Mocchetti, are today a relais, with 15 suites all different from each other in style, atmosphere , shades of colors and furnishing accessories, to evoke the taste and atmosphere of the fin de siècle, dedicated to protagonists of the past of Villa della Pergola.

To complete the immersion in history there is also a small museum of memorabilia which, through rarities and unique pieces, images, objects, portraits and paintings of Alassio and nineteenth-century Liguria, tells the story of the Villa, the English aristocratic families and the characters from all over the world who at Villa della Pergola they stayed and wrote its history.

Villa della Pergola is in fact a place full of history, inspiration for artists, writers and painters like Carlo Levi or Henry Scott Tuke, Pulitzer Prize winners like Richard Howard and directors like Oscar Guy Green. Alfred Hitchcock even shot some scenes of his first film as director “The pleasure Garden” in Alassio.

The structures of the Relais are immersed in the gardens of Villa della Pergola.

Inside the Villa is the Nove Restaurant, which has just won its first Michelin Star in the 2021 Guide. The Ligurian chef Giorgio Servetto focuses on the research of local Ligurian ingredients, in close relationship with the very small producers of the territory, synonymous with quality and craftsmanship. The discontinuity of the products is one of the fundamental pillars of the Nove, fire that keeps alive the curiosity and creativity of chef Servetto, who adapts to the passing of the seasons and the availability of the day, to be spokesperson and guardian of the territory, traditions and products.

In addition to citrus fruits, edible flowers and aromatic herbs from the Villa della Pergola Gardens, the Nove draws for vegetables and fruit from the new adjacent farm "L'Orto Rampante": a project that has already begun to bear its first summer fruits and autumn.